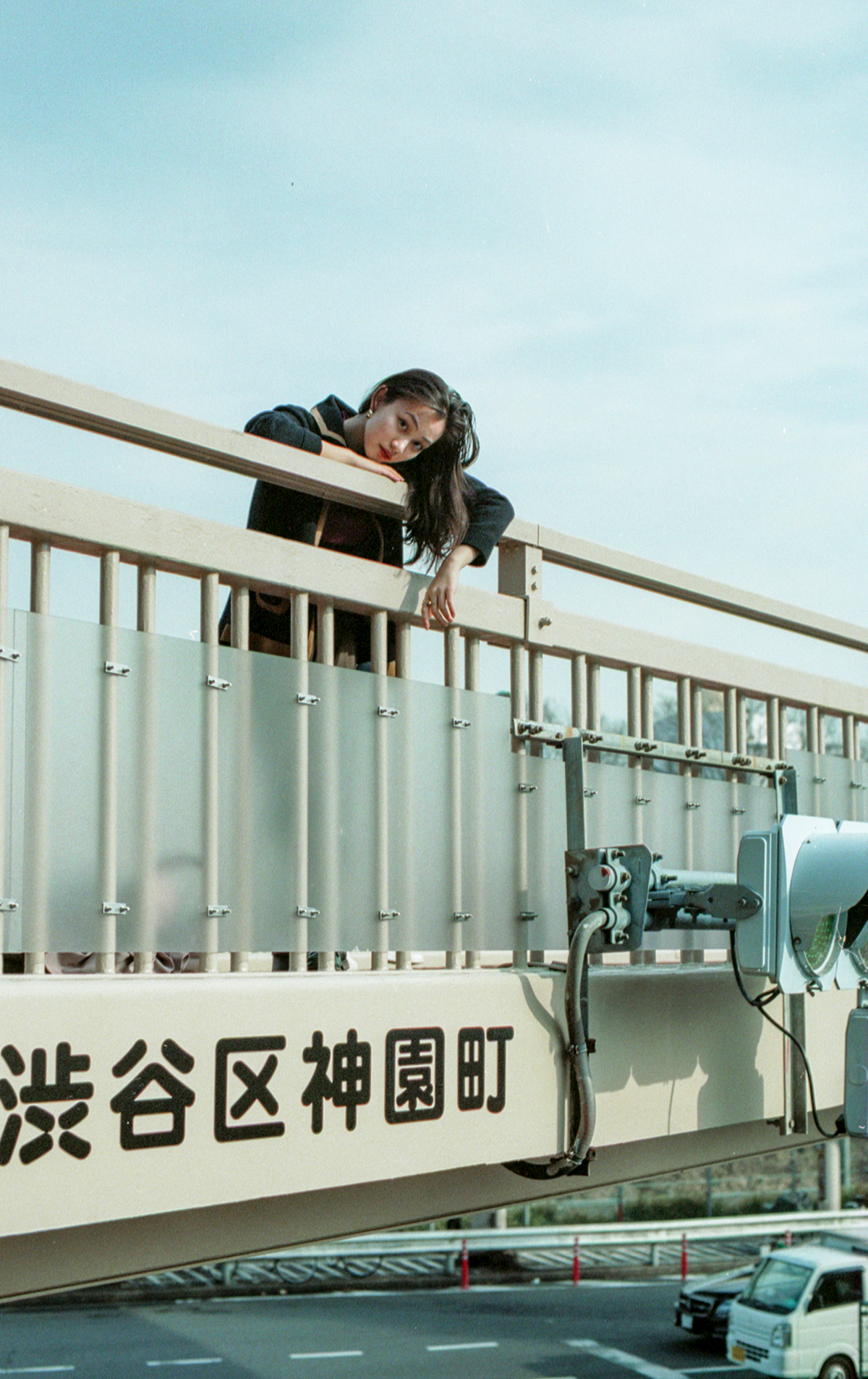 Growing up as Burmese in Tokyo, Phyo talked to YEOJA about the struggles regarding her identity. She also shared with us her journey as an artist who depicts her vivid dreams in order to know herself better.

Can you tell us something about yourself and your home country?
Phyo: My name is Phyo Thiri Min Gaung, a Burmese gurl who grew up in Tokyo. I’m not always sure how to describe myself since I tend to be curious about so many things. I am a university student, model, and I also work part-time. I would say that I am an extreme dreamer since I am fascinated by its limitless fantasy and am always drowning myself into REM sleep almost every day.

I’ve actually never lived in my home country, but I go back once an year to visit my relatives. Honestly, I would describe it as my second home country, since Tokyo is more of a home country to me. Myanmar is still in the process of developing in so many ways, but I think it has its own beauty the way it is.

Being a Burmese growing up and living almost all your life in Japan, did you struggle to embrace your cultural background? Which culture, between Japan and Burma, do you think has a larger influence on you?
Phyo: Yes, definitely. I mean people like me, always end up stuck in between. Personally, I would choose the Japanese culture [as having] a larger influence on me. But that doesn’t necessarily mean that I’m more Japanese than Burmese. At the same time, there are cultural and ethnic sides of Burma that have a significant effect on my life as well.

The one thing I always feel uncomfortable is when I meet new people and they think that I am completely Japanese until I tell them that I am actually Burmese. Not everyone does this, but once they find out I’m not Japanese, they immediately consider you as “gaijin” or foreigner, and sometimes they change their approach towards you.

As you were raised in Japan when you go back to Myanmar, do you feel like you belong or not?
Phyo: Although I am 100 per cent Burmese, people there consider me as a foreigner especially because I don’t look Burmese at all. So if I walk outside, I get stared at, even when I’m in a car – which is not very pleasing! Also, there’s definitely differences in people’s perspective of things, which makes me think twice before I act or say anything.

What are some distinctions between Japanese and Burmese cultures?
Phyo: I think the distance between people. Just for clarification, I am not saying that the Japanese culture has less fellowship, but in Burmese culture, people are more associated with each other. Everything goes around the whole community and people are always aware of each other. This is a nice thing, but at the same time, it can be very ugly.

There is this photo that has captivated me ever since I first saw it on your Instagram. It is a portrait of a young lady whose amber-like pupils are so stunningly bright and clear; the sunlight shines across her face from the left. Eyes have been a common theme in your photographs from my observation, was there a specific reason behind that?
Phyo: Thank you, I am flattered. I’ve never actually realised that it’s been a common theme! One thing I realised after you mentioned this, is that the eyes that I’ve captured, are of people whom I trust and am comfortable with. Most of them are my younger sister’s probably because I spend a lot of time with her. No specific reason, but I get attracted when eyes meet a source of light.

You’re an artist who illustrates vivid dreams through paintings and photographs. Can you elaborate on why you use your dreams as motifs? How was this idea was born? Moreover, what is your process like when creating this artwork?
Phyo: To start with, I’ve always had vivid and crazy dreams ever since I was a kid. I think it was back in middle school when I started keeping notes of what I dreamt. During my junior year of high school, I chose to write a paper on dreams and came across ‘lucid dreams.’ I was extremely fascinated that you could control your own dreams and even use it for different purposes, like get inspiration or create a scenario. As I looked further into it, I also found out that there are signals and meaning in what you have dreamt, so I started keeping journals and look up what it may have meant.

I started creating art based on dreams in university when my painting professor suggested that maybe I should put it out visibly to look further into it. The process I would go through with my paintings was to hang a canvas on my wall, next to my bed, and just wake up in the middle of the night to jot down or draw out what I’ve seen. Now, I use my dreams to connect with the reality. Surprisingly, it’s been a way to figure out where I am standing in life. How I am feeling about certain things, or what I need to do to take the next step. It’s like a virtual therapy for me.

You and I talked about how the usage of Instagram or any SNS (social networking site) has become complicated. I want to know your take on social media’s merit (and demerit) in today’s society. More importantly, how does SNS affect the younger generation (including us, of course)? How do you personally use it?
Phyo: I think social media has developed too much to a point that it’s consuming so much of our time. Which is, I guess, good because there are so many opportunities for people to connect and be exposed to new things. But it must be considered harmful when people do things revolving its existence. We must also be cautious to separate our real lives and social media; live for ourselves rather than live to feed the media.

I think the SNS is a necessity [among] the younger generation and it’s a new tool of exploring as well as a tool that is overly depended on. I am saying this because I myself have been through phases that SNS was a big part of my life. Recently, I’ve tried to stay off of SNS when I realise that it is giving me negative thoughts or am getting controlled by it physically and emotionally. Sometimes, I try to imagine how to live a day without it.

Recently, this Japanese magazine ranked universities’ female students by how easy it is to sleep with them, and this article received backlash explosively in Japan. What do you think men and women, not only in Japan but also internationally, need to do in order to prevent this absolute nonsense from happening again?
Phyo: Obviously everyone needs to respect each other more but this is easier said than done. Especially in Japan, people are so conventional. Not everyone, but, I think the majority fears to speak out. Even for this magazine, people got to know about it because a brave young lady, actually a friend of a friend, put in action to create a petition. We need more people like her, whether they are women or men. Speak out.

–
Photos by Pu exclusively for YEOJA Mag. Be sure to follow Phyo on Instagram. In case you missed it, check out our previous Gurl Gaze with Rasiki. For all Gurl Gaze articles, click here.