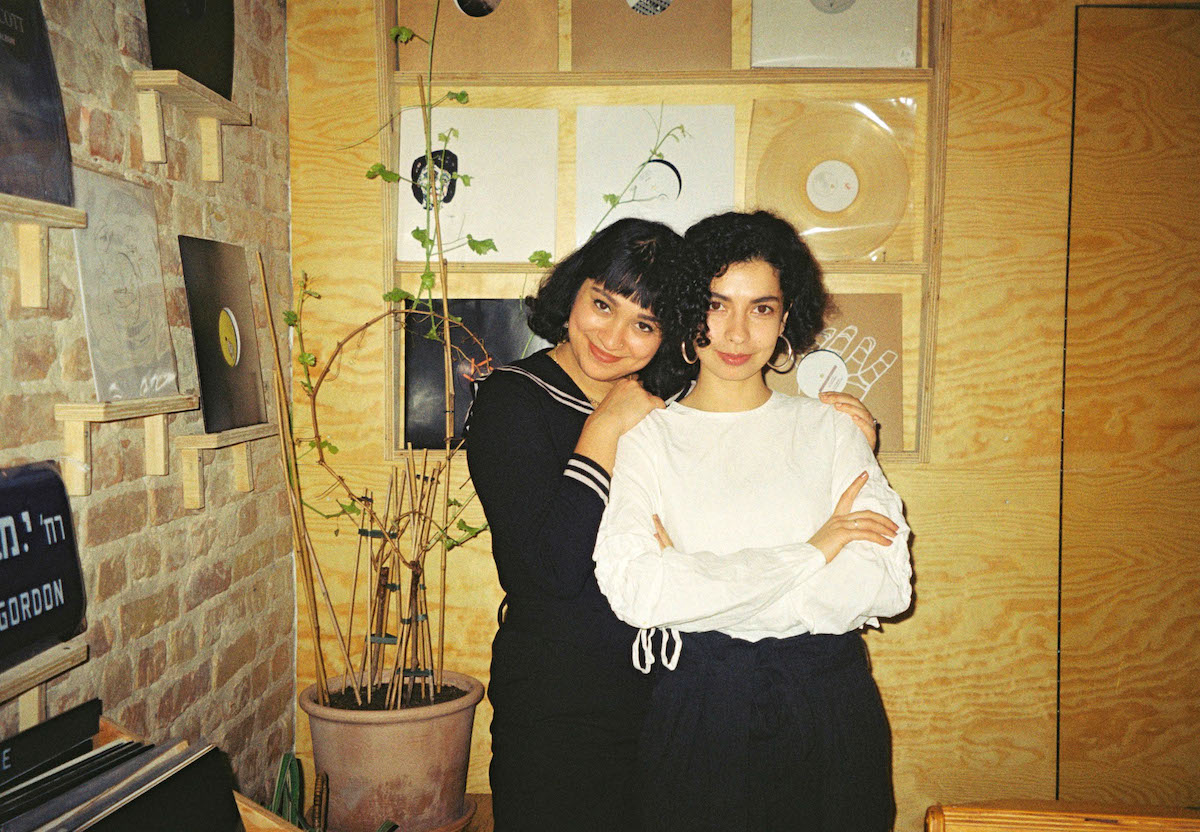 From bland coconut milk curries to tortilla naan, Berlin’s South Asian food scene often leaves something to be desired. At the helm of its renaissance are three women whose traditional recipes and monthly pop-up’s are revitalising tastebuds in the German capital for the better.

Today, many of the city’s Tandoori Houses and curry shops do little to signify the differences between Tamil, Bengali, and Kerala traditions. Instead, these so-called ‘Pan-Asian’ restaurants, have been criticised for serving mild, watered down versions of authentic dishes.

But a handful of South Asian women are saying “no” to inauthentic creamy curry and “hello” to accessible and affordable traditional dishes.

Inspired by her mother, dishes such as Gol Guppe, tender Lamb Nihari, and delectable Pakoras have become customer favourites. Starting a business was not an easy feat for Shabnam, who had no formal culinary training or initial venue in which to host guests.

“I was a social worker back in London,” Shabnam says. “That was my background, never in cooking. I did a taster picnic for my friends, just to see if they liked it, and it was a hit. So then I started doing the pop-ups and it blew up from there.”

At the request of Street food Thursday founder Kavita Goodstar, Shabnam set up at a stall at Markthalle Neun; an indoor market in Kreuzberg which provides a range of organic and sustainable produce, beverages, and ornaments.

“I didn’t think it would go well but then this big Pakistani community came out of nowhere. We’re coming up to my fourth year now and this last year has totally been about being a woman of colour in this scene.”

Shabnam, like many other Berlin entrepreneurs, started the business on her own. Through Instagram, she was able to find inspiration and support. However, the lack of desi women working in local street food scenes brought about its own set of challenges when faced with her white, male colleagues.

First, was the lack of distinction between regions. “I noticed a lot of Pakistani and Bangladeshi [restaurants] blanket the food by saying ‘Indian,’” she says. Second, was the lack of South Asian people profiting from said businesses.

“There’s loads of non-people of colour [specifically men] that are doing South Asian food,” she explains. “It’s frustrating that I’ve worked so hard as a woman of colour, and it’s taken me like three-to-four years to get to this far, whereas white men get put on a pedestal straight away.”

Not one to give up, Shabnam continued on her mission to source great ingredients for even greater dishes. She found a supplier in the northern district of Moabit, where her “uncles” provide the best of halal-certified produce and Urdu conversations. “They take care of me,” she smiles.

“I’m trying to break away [from] this disgusting creamy curry that people associate with South Asian food here. It’s about spice, flavours, and how to use it in the right way without going, ‘Oh, my God! It’s so Scharf.’”

Cooking aside, serving customers, social media updates, and accounting are all apart of her business duties. Despite her thoroughness, there was one thing Shabnam didn’t bank on whilst catering for festivals and private parties; her German clientele refusing to engage with her.

“I was thinking about it but I wasn’t saying anything, “ she says, recalling a specific encounter at a food festival. “Then my employee said to me, ‘Hey, Shabz, have you noticed that nobody’s speaking to you?’ I was like, thank fuck that you said that. I thought I was being paranoid. Every time I was trying to speak to someone, they would ignore me and speak to my white employee.”

Later adding, “It really knocks your confidence down, but you need to find supportive staff, which is super hard to do.” Facing sexism, prejudice and long gruelling hours eventually took its toll on the chef, and in late summer 2018, she experienced a burnout.

“Not a lot of people know about this, actually. I was working a lot, like 24 days straight at a festival and I was so tired. By the 22nd day, I was so tired that I couldn’t sleep. I thought I was sleeping but I basically had like a mini burnout from working too hard.”

Shabnam has since learned to take things slowly: “Maximum four pop-ups in the springtime and then four in the autumn because in winter, no one’s around.” In between events and private functions, Shabnam is working towards a bigger dream.

“When I open up my place, which I will soon, I don’t want to have this stereotypical curry house that everyone has. It would have a maximum of 30 people, more of a cosy atmosphere, and still have the feeling of Pakistan.”

During our talk, Shabnam mentions that she’s leaving on a three-month road trip to decompress. She invites me to check out her mobile home, a van with a sturdy base and beautifully displayed spice rack. I ask her if she has any advice for South Asian women in the food business. “Consistency and patience,” she replies. “You must be thick-skinned.”

As for the future of Mama Shabz? “I’m planning to do a comeback pop-up, cause it will be Ramadan in April going into May,” she informs me. “I also want to do a cookbook and have illustrations in it by a South Asian woman. Hopefully, we can find a good charity to donate funds to.”

Last but not least, I ask about her personal goals. “You know what my hopes are? That South Asian food is represented the way it should be and I already do that.”

I later sat down with Sarah Alikhan and Shireen McCormack, the charming duo behind Biri Bibi. The pair burst onto Berlin’s South Asian pop-up scene in 2018 after learning of their shared passion for cooking.

“I would often talk to Shireen [a British Indian who has lived in Berlin for nearly two years] about how I wanted to set up a restaurant one day,” Sarah tells me. Having left her native home of California three years ago, the chef-in-training recalls her eagerness to explore her passion for food. “It was kind of a distant idea to want to cook and I didn’t know how to get started.” The pair set to work on building an authentic pop-up space, fusing Keralan and Hyderabadi cooking shortly after meeting.

Their first event took place in June 2018 at a small bar in Neukölln. After much back and forth, they eventually settled on the name Biri Bibi. “The ‘Biri’ was just taken out of Biriyani and then ‘Bibi’, for me, is the equivalent of a boss bitch in Urdu or Hindi,” Sarah says.

Despite their lack of experience with catering, their opening proved to be successful with friends and customers. “We didn’t know how to do it,” Shireen laughs. Eager mouths could choose between seitan or chicken biriyani, an aubergine dish, daal and a crunchy side of Thoran. The pair readily admits it was ambitious, but were satisfied with its outcome.

Sarah notes, “We sold out of most stuff, except the chicken because we overestimated how many meat eaters there are in Berlin, but it was received really well. I don’t think we understood how much of a need or want there was for those flavours and in an unpretentious non-white style with like actual chilli.”

Since then, Biri Bibi has popped up across the city, more recently calling Twin Pigs – a low lit bar with a strong expat community – home. Dishes are often prepared on-site with a combination of ginger, garlic and select spices forming the base of most recipes.

“Differentiating between regions isn’t very common here,” Sarah explains. “For us, we like to differentiate by saying this is Keralan Daal or Hyderabadi-style biriyani. I feel like it gets people [to understand] we’re not just going to serve Chicken Tikka Masala.”

A chance encounter with Mama Shabz’ Nihari pop-up at Geist Im Glas would soon widen their culinary thinking. “Nihari elicits so many childhood memories of my mom,” Sarah continues. “Like using a pressure cooker to make lamb tongue and stewing it all night. It was like this beautiful ritual. ” Shireen chimes in, “We wanted to bring people home cooked Indian food, Ummi-style, like Mama Shabz is doing.”

Despite their love of food, it’s the community that really makes the Biri Bibi experience. Events are packed out with residents from different backgrounds and walks of life. “I always really liked holding events and bringing people together,” Shireen recalls. “We wanted to create a space where we could bring all of our friends together, eat good food, and listen to good music.” Under Sarah’s insistence, Bollywood vinyl records have since become a staple at their events; uniting food lovers, DJs, and drinkers alike.

With the family spirit well and truly alive, Biri Bibi is hoping to push its ethos forward with a future venture. “We would like to have a Biri Bibi kitchen,” Sarah says. “I think it’d be cool to team up with other pop-ups and have a rotating kitchen with Barbs Soul Food or even Shabz, for example.”

As for settling in Berlin, the pair seem comfortable with their decision to remain here. “I feel like as a woman, it’s kind of easier in Berlin,” Shireen says. “I think Berlin is the perfect place for us to start because we were given this space, and in a way, we’ve kind of taken the space but at least space is there to take.”

I was curious as to their plans for 2019. “More food. More pop-ups,” according to Shireen. “I think we should do an event and collaborate with Poet and Prophetess, for instance. Like, other businesses run by women and queer people of colour.” Sarah adds, “Giving people space to also get creative by offering a solid base for people to know that they can be creative. We did.”
_
Photography by Stephanie Bonnefoy exclusively for YEOJA Mag. Follow Mama Shabz and Biri Bibi on Instagram. For more articles like this, check out #theWOCproject series.