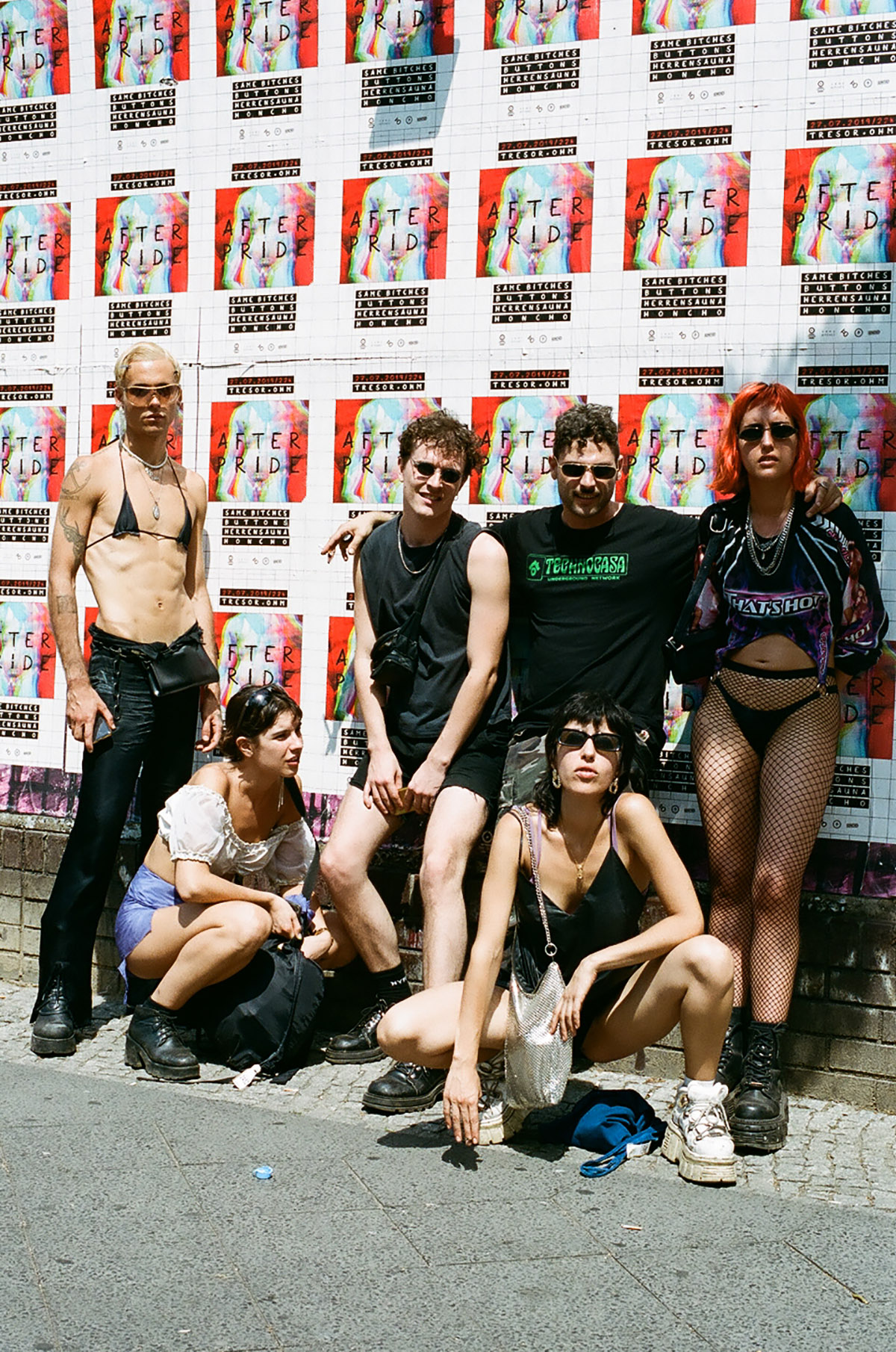 An Interview with the Womxn Behind @nachtclubsberlin
5 May 2020

Sabrina Jeblaoui, is a French photographer based in Berlin. Her current project, @nachtclubsberlin documents the Berlin club scene, through taking portraits of those waiting, and leaving, different prominent Berlin clubs such as Berghain, Katerblau and Sissyphos.

Sabrina’s instagram has amassed a considerable following, with her portraits connecting people throughout the world. YEOJA Mag had a chance to chat with Sabrina about her inspirations for and the background behind Nachtclubs Berlin:

When did you come to Berlin and have you always been a photographer?
Sabrina: I moved in July 2017 in Berlin because I was fed up with living in Paris. I was often visiting my best friend in Berlin and felt in love with Berlin. Photography is my passion. I started photography at 18 and learned by myself throughout the years.

How long have you been shooting party people in Berlin and what inspired you to start?
Sabrina: I’ve started the project NachtClubsBerlin in September 2018. I’ve partied quite a lot during the first year so partying myself and meeting all these wonderful people inspired me. However, during this period, I didn’t take a lot of pictures and had a job that I didn’t like. I was lost, and quite unhappy, and; of course I didn’t have a lot of energy left. My dream to be photographer was getting further and further away.…This idea to take people in front of different clubs stayed in my mind for a year and didn’t go away. One day, I just used some of my courage and gave it a try.

Photographing party folks in Berlin seems like a difficult undertaking, given the general no-photo-policy most clubs in Berlin adhere to. Is that why you photograph mostly outside?
Sabrina: Yes It’s mainly the reason why I decided to photograph people outside. I also really like to take photos of people in daylight. I find it really interesting to take portraits of people before and after partying because people are really excited about [going] partying or have really enjoyed their party. So I can take the time to talk a bit with them outside of the craziness inside the club! In a party, people are generally high and more focused on music and social interactions than being photographed.

What prompted you to focus specifically on party people as your favourite motive?
Sabrina: At first, I just wanted to do a series of 20 portraits. Then, I made myself think that the Berlin Techno scene was not just the Berghain but also a lot of cool clubs like “Sisyphos”, which is my favorite club. I didn’t want to represent a cliché of Berlin and other photographers before me had already shot mini-series in front of the berghain.

When I created my Instagram Account, my first goal was to find the people I had photographed so that they could have a memory of them. I also wanted people who don’t live in Berlin to be able to really see what party people look like in Berlin.

The techno scene in Berlin is like a kind of myth. I love going to the clubs more and more and taking pictures of all these different people. It also allows me to keep a regular relationship with the techno scene since I don’t go to clubs very often since I started this project.

Can you talk about the actual process of finding and shooting people?
Sabrina: First of all, I never plan in advance where I’m going to take pictures. I’m simply following my intuition and my inclination of the moment. When I’m in front of a club, I can stay for an hour or two until I finish my film. I really choose according to my feelings, so I try not to choose a person according to their physique or style but rather according to our mutual energies.

Some in the night scene don’t want to be photographed. How do you read people before asking if you can take their photo? Do people often turn you down?
Sabrina: Of course, some people refuse to be photographed and I respect that. I’m not sure I’d want to be photographed after partying for several hours. Today, it’s much easier for me since a lot of people know about the project. So now, I don’t have to “fight” to get a picture. I always try to explain the project, to be funny and human and to show my pictures to convince them to be part of it.

Do you use different cameras? Which do you prefer, analogue or digital photography?
Sabrina: I always take my pictures with my analog camera, and I always use the same camera. I really don’t like taking digital pictures!

Do you have a favourite club queue to shoot?
Sabrina: I really like to shoot in front of or next to Berghain for its scenery. I like this abandoned landscape, as it gives a nice contrast with the people I photograph. It’s like a movie set for me.

With the exception of this photo, there are no photos of the clubs themselves or actual partying on your account. The no photo policy obviously makes shooting inside virtually impossible, but if you had the ability to shoot inside, would you still focus on queues and people leaving? And do you feel the queue itself is a specific subcultural phenomenon in Berlin?
Sabrina: If I had the opportunity to photograph inside, I probably would never have started this project. I would have done photography inside a club like many other photographers. There wouldn’t have been this curiosity of people to know how people look like in the Berlin Clubs scene since all the photographers would have already shown the atmosphere of the parties in Berlin (like in Paris). But I really like to photograph in the queue during the day to show this contrast, to show that in Berlin it’s possible to party during the day. I am in love with the daylight

Do you equally shoot people queuing to get in and leaving clubs? Have you noticed specific differences when shooting people waiting to get in or leaving after hours of partying?
Sabrina: There is of course a difference between people who go into a club and those who come out. First of all, the people who enter the club are much more careful about their image, are sometimes stressed and often fresher. Those who come out of clubs are often more tired but also more relaxed. I like to discuss with them about their experience in the club. I don’t ask myself the question if it’s equal or not, I just follow my feelings always.

Do you care/wonder if the people you photograph make it past the bouncers? Do you think them stopping to be photographed impacts their chances? And lastly, there is a specific exclusivity in the Berlin club scene as Berlin clubs are notorious for turning people away. Are party people in Berlin for you everyone who wants to party or only the ones who make it into the club?
Sabrina: For me, party people are everyone I meet in front of a club, whether they manage to get in or not. I’ve photographed people who haven’t had a “chance” to get into the club before. As I try to shoot at a correct distance to respect the tail, it’s not a problem I think. I’ve already been yelled at by a bouncer in front of the berghain at the beginning of the project. It’s part of the game so I respect that.

Do you enjoy the clubbing scene as much as you love photographing it?
Sabrina: I love to party, yes. But I’d rather take pictures and be in the action than dream about taking pictures. The party has its own limits and I’ve experienced that. I don’t want to get lost anymore and I really choose the right time to party. For example, if I don’t work for the next two days or if I have friends coming to visit me. I am often nostalgic for this carefree time but mentally I feel stronger and more stable. I’m proud to have been able to connect my passion to a part of my life.

What is your relationship (if any) with the bouncers at various clubs you shoot? Have you ever been asked to stop taking photos?
Sabrina: As I said before, in the beginning I didn’t know the rules and I often photographed without asking. One of the bouncers of the Berghain told me to go and photograph further away. I found a compromise with the bouncer from aboutblank, who was very nice, and I’ve already been talking for a long time with the bouncer from Katerblau. In general I don’t have problems anymore, butI never photograph at the door.

Do you see your pictures as documentation, an art form, or both?
Sabrina: I think my photos are part of a work of documenting reality. Documentary photography is, in my opinion, an art form but above all a sociological support that will be inscribed in time. They represent the Instagram generation but also a revolt of society. Why do so many different people come to Berlin to enjoy intense moments of freedom? The techno scene was a subculture and I want to show how this techno subculture has been transformed to a mainstream culture attracting millions of tourists each year.

How will the berlin-wide club closings affect your practice as a photographer? How has the COVID-19 outbreak affected your work?
Sabrina: I haven’t taken a picture since December so it doesn’t affect my work much. I was impatiently waiting for the sunny days to come so I could take pictures again, but unfortunately I’ll have to wait a little longer… It’s not my priority at the moment but I’m trying to communicate with my community through stories. I ask them to send me pictures of themselves dressed like they’re going to a party so it’s a lot of fun.

Can you envision yourself moving to another genre?
Sabrina: My main focus will remain, I think, in documentary photography because I’m passionate about meeting people. I’m always curious to discover new people who don’t belong to my social category or my culture. I would like to publish my book first and maybe make a documentary film before moving on to another topic. I think it’s important in my work to document well and in length.
_
Follow @NachtClubsBerlin to keep up with Sabrina’s work. For more art and culture, click here. 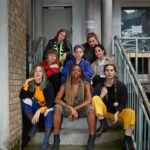 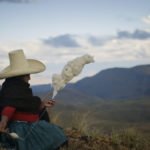 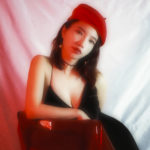 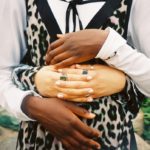 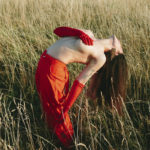