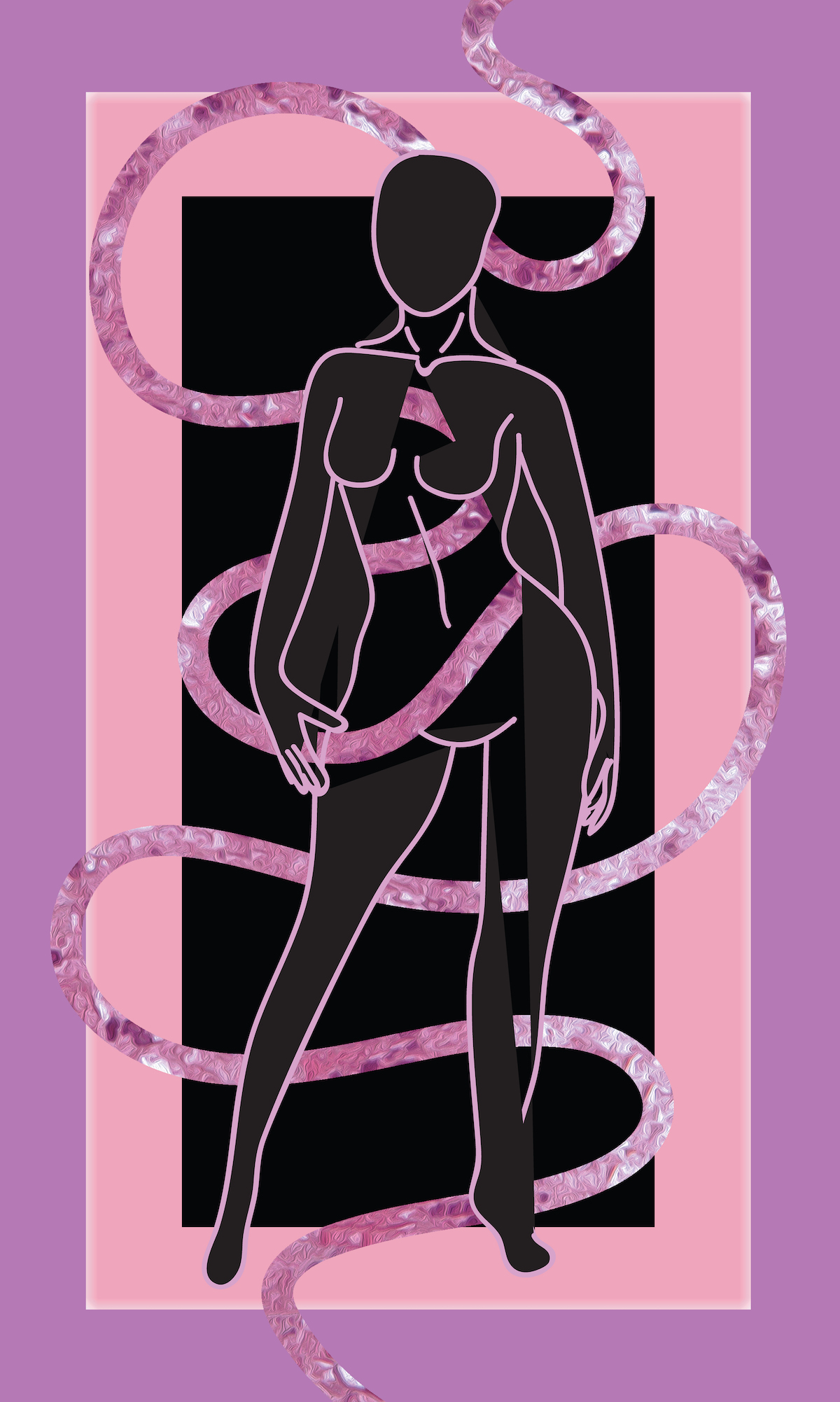 My Body Deceived Me

An Essay About Genetics and Cancer
23 April 2020

Many of us have a love/hate relationship with our bodies. It’s not just about aesthetics. Yes, we may be dissatisfied with aspects of our physical appearance, but often it runs deeper than that. Perhaps it doesn’t perform in the way we would like it to or the way it used to, which can inevitably lead to disappointment.

We spend so much time focusing on external relationships in life, but surely it’s the relationship with ourselves that requires the most love and attention.

I never expected to feel deceived by my body. It was a strange feeling and one that I wasn’t prepared for. Don’t get me wrong, I’m grateful for my body, but like with any relationship, we’ve had our ups and downs.

We all have our own stories to tell and I’m here to share mine. The relationship I have with myself, as for many of us, is an ongoing and constantly evolving one. If I were to give my story a title, it would probably be “Acceptance”.

So, how did my body and I reach this stage in our relationship? After receiving some news, I had to accept that in life sometimes things are beyond our control. I’d lost my Mum to ovarian cancer and for some time was in denial about the fact that, having lost my Grandmother to the same disease, I was also potentially at risk of the same fate. The saying goes that ‘ignorance is bliss’ and for a couple of years that was the route I chose to take, burying the thought deep whilst I kept myself busy with work, travel and any other means of escape.

I don’t remember what the trigger was in deciding to see a genetic counsellor…it may simply have been curiosity, or perhaps the realisation that knowledge is power. As I sat there, hearing about the possibility that I may carry an inherited gene mutation that would significantly increase my chances of developing ovarian and breast cancer, I felt like I was looking in at someone else’s life and this was not in fact happening to me.

In my case, the gene mutations in question were BRCA1 and BRCA2. These are tumour suppressor genes that all of us carry, with each of us inheriting two copies; one pair from each of our parents. When working as they should, the BRCA genes generate a protein that repairs damaged cells and work to prevent and slow down the pace at which cells grow. With a mutated gene however, their function is compromised and the protein becomes less effective which is why the risk of cancer grows.

Hearing the word ‘cancer’ in a sentence relating to myself was surreal and difficult for me to process. We talked about my options very matter of factly before I decided to go ahead with the test. The results would take a couple of months so during that time I reverted back to my coping mechanism of compartmentalising and burying my thoughts, hoping they would go away.

Somehow, I just knew I would have this thing in my body. When the results arrived by post in a bulging envelope, my suspicions were pretty much confirmed without me even having to open it. My initial reaction was anger. How could my body do this to me? How could it have known about this all of my life and not given me some sort of sign? I felt deceived, betrayed even. Had I known sooner, could my Mum have been tested and saved? I blamed myself and my thought processes escalated down a dark spiral that led me to a place where I felt like I had lost all control. I had never really considered the possibility of my body being in control of me rather than the other way around. It felt scary and isolating. Suddenly I felt like my future had been laid out before me and to put it bluntly, I knew how I was going to die. I know it sounds dramatic but in my head it was not a time to think rationally.

Being open about our bodies in conversation can be difficult. It often leaves us feeling exposed, vulnerable and open to scrutiny. When I have opened up to others about my ‘diagnosis’, it has been met with mixed reactions. With so much talk about celebrities who have had mastectomies and hysterectomies, they seem almost routine but I certainly didn’t share that feeling.

While I was aware of the options for preventative surgery, being told I should just ‘have my boobs cut off’ or ‘whip out my ovaries’ like I was visiting the dentist to have a tooth removed was deeply upsetting. Call me vain but I see my breasts as part of my identity, my femininity and not something I am willing to let go of so easily. My decision may change in the future, but for now I have no regrets in wanting to hold onto them.

So my question is, how do we regain control? My biggest challenge was that I simply didn’t know how to accept something that was in my DNA. This was not something I could change. It was there, had always been and always would be.

In my case, I carry a BRCA2 gene mutation which increases my chance of developing ovarian cancer by up to 30% and breast cancer up to 85%. For those who carry the BRCA1 gene mutation, the risk increases up to 60% for ovarian cancer and 90% for breast cancer. To give you some perspective, the risk of developing these cancers in the general population is 2% for ovarian and 12.5% for breast cancer. While I’m not one to get fixated on statistics, the numbers became almost impossible to ignore. With there still being no effective screening tool for ovarian cancer, the need to have a close relationship with my body and an awareness of its needs suddenly came into sharp focus.

“I refuse to be defined by this thing and let it take control of my life.”

Everyone seeks control in different ways. I chose diet and exercise. I know I can’t change the path my DNA will take but I can choose to make my body strong and give it the best chance of fighting whatever comes it’s way. Though screening to see if I have signs of ovarian cancer is not currently an option, my family history at least allows me to have annual pelvic and breast scans, which is a way I can claw some of the power back.

At times I feel as if I am carrying some kind of dark secret. Putting it out there is hard but I’ve accepted that I’m not perfect and nor is the relationship I have with my body.

I think there is an element of truth in the fact that time heals and whilst it doesn’t make the outcome go away, it no longer dominates my every thought like it used to. I’m not in denial about it, I definitely know it’s there, but I refuse to be defined by this thing and let it take control of my life.

I don’t have a conclusion to this story. Only to say that I’m learning to accept my body a little more and treat it with more respect. Sure, I sometimes wish I had never taken the test and could go back to the ‘ignorance is bliss’ phase, but maybe knowledge is power and with power comes choices.
_
Original artwork created exclusively for YEOJA Mag by Nilufar Zarre. For more personal essays and opinion pieces click here.