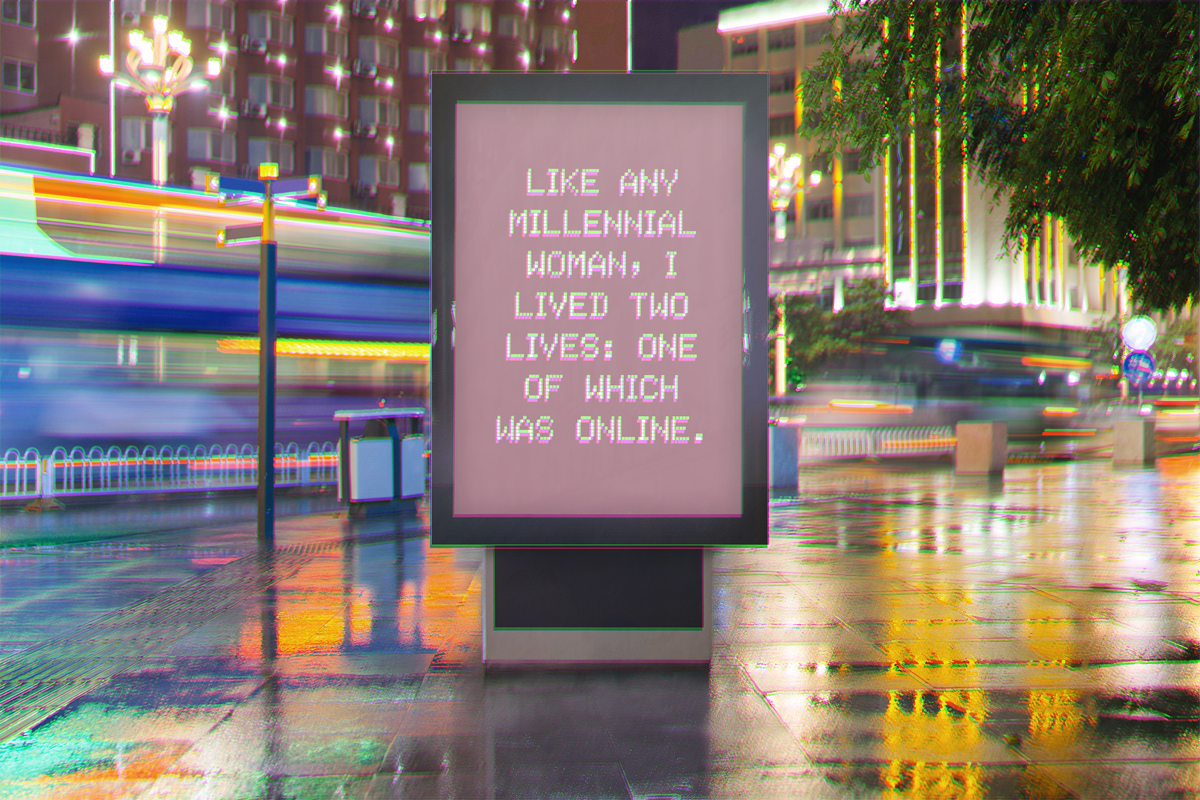 I've always had an anxious mind.  As a young adult, my anxiety manifested itself in physically extreme ways. My heart would beat faster, and my mouth would become dry. I would lose sensation in my legs and grab onto the nearest piece of furniture, convinced that they would crumble into dust beneath me.

My nausea was unshakeable. It was there when I walked, talked, and cut shapes on the dancefloor. At any time of day, no matter where I was or who I was with, a wave of derealisation would hit me like a smack in the face. Suddenly, the person I was talking to would suddenly seem miles away. My surroundings would become unsettlingly unfamiliar, as if someone had simulated them in a video game but didn’t quite hit the mark. The walls would close in around me, and I’d make a bolt for the nearest exit.

In 2017, I moved from London to Newcastle to do a master’s degree, and, overwhelmed by the sheer magnitude of my university campus, I saw my anxiety peak to levels I didn’t know existed. I could barely shuffle to the local corner shop without having a panic attack on the way there.

I started to believe, wholeheartedly and without a doubt, that my anxiety would surely eat me alive. Any hope of having healthy relationships and travelling to the ends of the earth had disintegrated, never to be seen again. This seemed to be my legacy: a life bereft of laughter and freedom. Two virtues I believed were core to any woman, especially one in her twenties.

As debilitating as my experience was, I know my story is far from unique. Two years ago, the Guardian covered a study showing that one in four women report mental health issues, dubbing Generation Y the most anxious generation to date: with body image issues, peer pressure, and the rising cost of living listed among the causing factors.

Like many millennial women, I lived two lives: one online and one offline. Granted, I was more of an insta-stalker than an insta-poser; checking in daily with my favourite ‘cool girl’ influencers and tending to my meme-crops. Nevertheless, I harboured my own ‘cool girl’ online persona: a calculated cultivation of the woman I wanted people to see me as. Just like the influencers, I wanted to be seen ‘living my best life’ as a mask for the Really Shit Time™ I was having.

My social media accounts were plastered with images of me travelling, drinking and having a ball with my mates—images that I hoped would stave off any questions about my wellbeing. I worried that anyone who met me online would be disappointed by the introvert I was in person. I felt the discrepancy between my online persona and my true self growing ever more substantial, and eventually, I stopped recognising the girl on Instagram as myself.

Scrolling through images of ‘cool girls’ being bad bitches and effortlessly living their best lives was a painful reminder of what I could never live up to. I felt the pressure to be a better, cooler version of myself as well as cultivating a personal brand and rack up a robust following. When I realised that my anxiety meant I had nothing to post, I stopped posting. Before long, Instagram started to exacerbate the feelings of loneliness and inadequacy that I had sought to escape from by using the app in the first place. The more images plastered across instagram of women my age flourishing, the more I was reminded of my own failures, shortcomings and struggles.

Around this time, the conversation around de-stigmatising mental health issues was brewing across social media, and when anxiety started to have it’s own ‘moment,’ I was ready for it. I hoped the conversation about anxiety would blossom into a global movement, wherein resources and tips would be shared, and images of perfection would be replaced with candid tales of personal endurance.

I was desperate for affirmation that the nausea and derealisation I experienced were widespread, and that other women like myself were struggling to leave their homes. Instead, I found that social media posts about anxiety were often centered around the concept of ‘self care’, featuring images of influencers sporting a face mask, a detox bath, or similar photos accompanied by a discount for a particular product or brand.

Self-care is essential, yes. Vital, even. But even anxiety, it seemed, had to be marketed with a little pink Instagram-bow wrapped around it; digestible in a way that appeals to the mass amount of followers, edgy enough to make a statement, and of course, cool. Instead of finding solace, I felt even more disconnected than ever. Was anxiety just another trend capitalised on by social media?

I began to reflect on the exhausting mountain of pressure that women have to carry as they walk around. I had to be cool; not just on Instagram, but also in real life. I had to juggle my anxiety with my persona. Every mental health issue that I experienced had to be manufactured to fit into this ‘cool girl’ identity that I, like so many of my peers, were so desperate to emulate. Life, it seemed, was a piece of performance art.

Being outspoken about my struggle with anxiety meant I would be pitied, no longer seen as strong, sexy, or cool. So, like so many women, I ‘kept it cute’ and hid the truth from those around me.

I decided to delete Instagram off my phone. Did it cure my anxiety? Absolutely not, but by taking that step, I omitted the relentless added pressure to project this ‘cool girl’ personality, while also inwardly struggling with the not so ‘insta-worthy sides’ of my anxiety.

I’m tired of moulding and shaping my anxiety to fit in with my ‘cool girl’ persona. There has to be a better way, a way for women to be open and candid about the details of their mental health issues without it detracting from their personalities or their power. Until then, I will continue to grow, flourish, and work on my anxiety in my own way, on my own terms.

_
Text by Jaye Hannah. Original artwork by Tabitha Swanson. For more articles on on health (and beauty), click here. 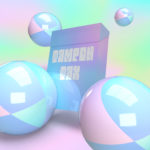 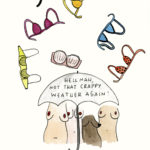 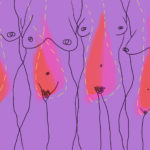