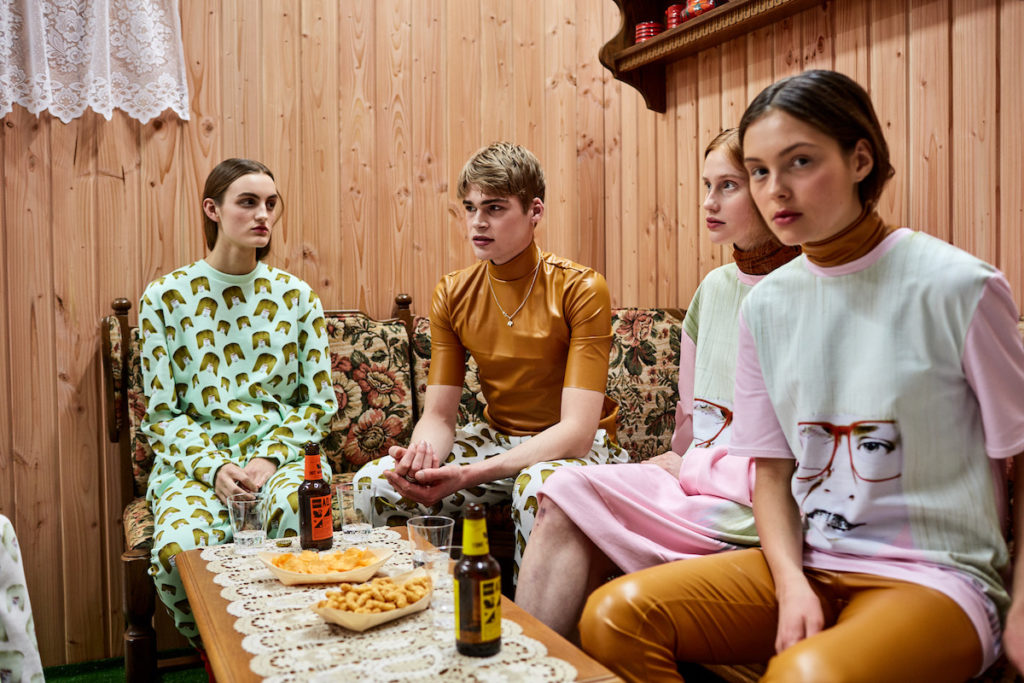 January's Berlin Fashion Week 2018 took place this past week. One of the most notable Fashion Presentations came from Franziska Michael, a Berlin designer and graduate of ESMOD. At the heart of her new basic collection: a playful take on gender roles expressed through 28 unisex pieces.

This collection remains true to the ethos of Franziska Michael’s eponymous label: creating unisex garments through oversized cuts and color palettes that do not conform to traditional gender rules.

The pieces were presented in an installation reminiscent of a 1970s basement house party full of beautiful teenagers. Think The Virgin Suicides aesthetics paired with a generous helping of Berlin vibes and gender fluidity.

The topic of assigned gender roles is something that can be extremely poignant in the fashion world as clothing is the very visual medium in which society uses to either assign or interpret feminity or masculinity.

Franziska Michael’s garments from her January presentation during Berlin Fashion Week 2018 successfully and elegantly expressed the absurdity of traditional gender roles through pieces that remained both fitting and un-gendered on both the male and female models. Franziska Michael accomplished this by creating garments that felt just as universally appropriate on female bodies as on male ones without even making the question of gender an issue; A paradoxical and poignant achievement for one of Berlin’s best.

Stay tuned for YEOJA Magazine’s interview with Franziska Michael herself. –
All photos courtesy of FRANZISKA MICHAEL taken during Berlin Fashion Week January 2018 at the designer’s presentation in Mitte.