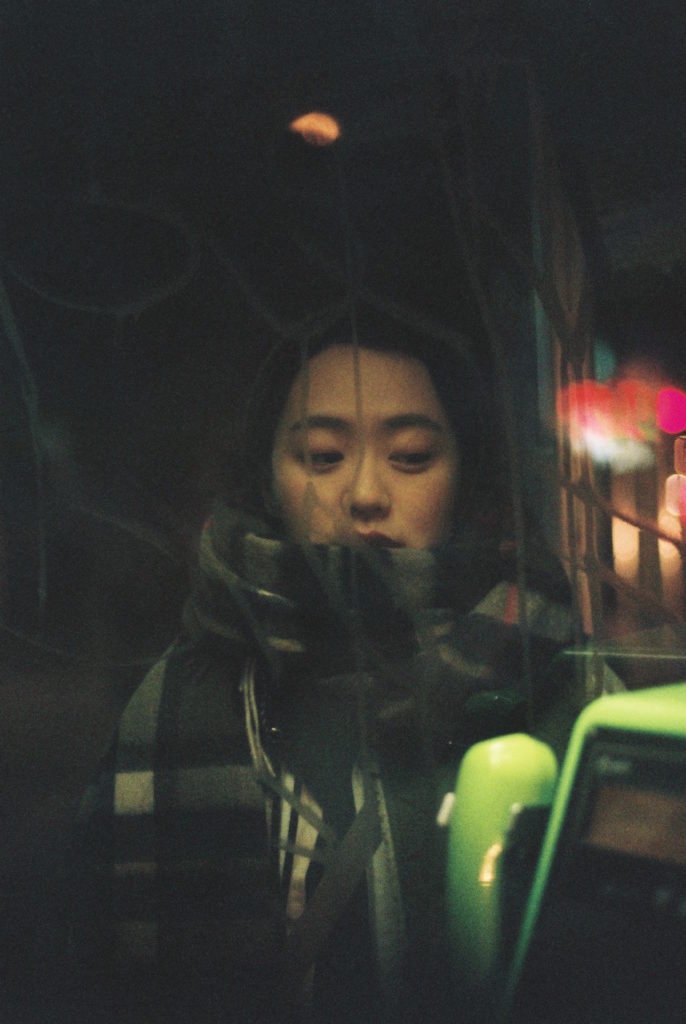 I recently got in touch with my friend, Shika, a graphic design student studying in Japan. We talked about some of the issues surrounding her internal transformation after coming to Japan, as well as about her perspective on beauty:

I know we are friends, but can you introduce yourself briefly to those who may not know you?
SHIKA: My name is Ge Shi (史歌), pronounced “Shika” in Japanese. I am from Henan Province, China. I am a first year grad student in the department of Visual Design in Joshibi College of Art and Design. In the future, I hope to have my own studio.

Do you feel that moving to Japan has changed or made you different in any way?
SHIKA: The biggest difference would be that I started to draw less attention to certain things. When I was applying for graduate school, I felt like if I enrolled in this school in Japan, my life would drastically change. After I came to Japan and went through the process of actually applying for graduate school, I realised that it wasn’t what I had imagined to be; nothing has really changed actually. So, what I regarded important in the old times had become less important, I am less stressed and have become more calm now.

You mentioned that things from before seemed less important, could you elaborate on this?
SHIKA: It’s more about how I was concerned with my control over my future. For example, there was this one time I was making a poster for an exhibition. Before the whole thing, I was like, “Wow, this is a great exhibition and if I can pull off this poster, I will become someone better and more mature afterwards” (as if I had finished something grandiose). However, after I had finished the design, I didn’t feel as elevated as I had pictured before. Later, I had figured out that it is not the final outcome that would polish up my ability, it is rather the process, little by little, accumulated over time.

What would you consider is the reason for this change of perspective?
SHIKA: Because of the people I’ve met, and the artworks and exhibitions I’ve seen. You know, my only goal before I came to Japan was to properly study graphic design. A more significant reason is probably that the people I’ve met in Japan have believed in me and have acknowledged my ability, thus I was given multiple opportunities, which I am grateful for.

Do you feel like coming to Japan has introduced you to a more developed field of graphic design and amazing designers, who have influenced you to expand your vision and not focus so much about the outcome of each project?
SHIKA: Yeah…you could say that. I used to solely believe that you just needed to make one single great piece of work in order to become an excellent designer, but after studying in Japan, I’ve come to realize that it is actually the accumulation of the countless practices that build up a good designer. So I started my journey on this accumulation of experience and knowledge with a less agitated mindset. For example, I was a very anxious student, whenever I was assigned a project, I would panic and execute it poorly due to my fear of getting criticism from my professor. After I came to Japan, I had several chances to design for other people, the process became soothing and enjoyable. Moreover, the criticism stopped bothering me because I know everyone has different tastes. Some may dislike my work, while others may think my work is good. Therefore,I try my best to present my concept through my works precisely, because in the end, it is the attempts and trials that would help me grow as a designer.

So basically the origin of your creation had shifted from anxiety to joy?
SHIKA: Yeah, it wasn’t much of a stressful change actually; it’s quite easy for me to accept it. This has also permeated through my life.

Do you feel your values of living have also altered because of it?
SHIKA: Yeah absolutely!

Do you like this shift of value?
SHIKA: I don’t know if I like it or not, but I do know I am going somewhere higher and better.

Since your values of living have changed because of your journey in Japan, do you think your perspective on the concept of “beauty” also was affected?
SHIKA: The concept of “beauty”… When I was a university student back in China, I thought simplicity WAS beauty. Now, I feel I was being too deliberate with the whole ‘less is more’ thing. I think just let it be; every existence of thing is a form of beauty. Just accept the existing things to explore their beauty.

So if you were to explain “beauty” in brief, how would you define it?
Well, this is hard! Anything that arouses your senses can be beauty for some people,  if they get an adrenaline rush when they are exposed to that thing. On the other hand, there are things that are less exciting, or hardly seen or noticed, but you cannot claim there’s no beauty within.

So you’re saying that everything has their purpose of existence, and thus shaped their original form of beauty?
SHIKA: Yes, that’s what I meant!

So how is your value on beauty presented through your works?
SHIKA: I used to focus on the overall composition a lot. I wanted to apply the theories of design that I had learned to my work, so I kind of forced myself to put letters in certain ways and to arrange the composition according to the theories, etc. Now I really just follow my thoughts and feelings, and care less about whether my design looks good or not. I did get criticism like “oh it’s so strange and unusual” after I started to change my style, but it really depends on the viewers. And people do sympathise with my current work, which I much prefer now. Instead of making posters that everyone likes, I feel like the ones I’m making now can attract a group of people organically who have a similar take on beauty as myself.